The 5 O’clock Shadow Beard: What You Should Know

As a style of beard fashion, the 5 o’clock shadow beard has been one of the best kinds of beards sported by many celebrities with a cult following.

They will include legendary names like George Clooney and Clint Eastwood.

The 5 o’clock shadow beard used to be a sign of someone who does not do anything – a lazy bum or person. Then, like all cool things, a celebrity decided to make it a thing.

It hit the mainstream almost immediately after a few celebrities were seen in it.

Well, I have to tell you, there is nothing quite like a good 5 o’clock shadow beard if you know how to make sure that yours looks good.

If you do have a guide then things become much easier. I wrote this article to give you an in-depth overview of the 5 o’clock shadow beard.

By the end of this article, you may end up knowing 80% more about the 5 o’clock shadow beard than the majority of the man.

What's Inside This Article?

The mid-eighties were great. The Goonies was THE movie and things were nostalgic for the kids back then. Then the designer stubble as it came to be called, sprung up in the celebrity world.

We call it the 5 o’clock shadow beard because you are most likely to see someone wearing this one unintentionally at around 5 o’clock. Obviously! It has been popular with men because of the ease with which you can trim it.

As much as the name 5 o’clock shadow beard may sound a little complex, the beard style is anything but that. In essence, this is a type of beard that is not too long or too clean.

Yes, I said not too clean.

I do not mean you should leave crumbs stuck in it. The cleanliness part has everything to do with the fact that when you are growing the 5 o’clock shadow beard, it looks like you did not try to control the growth.

It looks like something you just woke up with on a deserted tropical island.

Some men have to wait for about two days to get the length needed for a proper 5 o’clock shadow beard.

Now, some of us may stay for longer than two days to get the stubble that is needed so that we can start trimming.

Let’s face it, beard growth has everything to do with genes. Some of you may have that greek god gene, with plenty of testosterone ready to make things grow.

Some like me have to wait for several days to at least see a patchy beard.

The 5 O’clock Shadow Beard Vs The Stubble

Let’s avoid filler words. The stubble appears to be deliberate. As I said, the 5 o’clock shadow beard is a little bit more subtle.

The element of any tailoring is not obvious since it looks rugged and a little bit unkempt.

As always, you need to toe a line here, which is to make sure that you do not look like a hobo.

Not that there is anything wrong with that, but I do not think that the hobo look is what George Michael had in mind when he decided to sport the 5 o’clock shadow beard.

How To Trim It

Like any other beard, there are best practices that can make you achieve the desired look. The secret is to make sure that you have made the edges as fine as they can be.

You also need to have some prior experience in trimming beards. If you don’t then try out on Teddy!

But if you are like me, a self-proclaimed renaissance man who stands in front of the mirror in the morning to give himself a speech on what he can and can’t do, then DIY the 5 o’clock shadow beard. If you screw it up the first time, do not worry.

That becomes a teachable moment. But it would be better to screw it up on Teddy. Don’t judge me!

Besides, you can always try the 5 o’clock shadow beard again in like two days or so. It is not that hard. Give it time.

Here are the steps:

It may take longer than two days depending on your genetics. It all comes down to follicles and things like that.

Let us leave it at that because I do not think you need another Biology lesson, not in the middle of trying to look like George Clooney.

You have to let the beard set in. Maybe not too much but enough that you have hairs that can be trimmed without nanotechnology.

You have to allow all the hairs to catch up to each other or the 5 o’clock shadow beard will be ruined.

2. Clean Up The Neckline

The chiseled look is not easy to achieve when you do not clean up the neckline. The 5 o’clock shadow beard needs you to clean out the neckline because that is an essential part of getting a perfect look.

Everything that is under the neckline needs to go. The messy look that is caused by the hair below the neckline ruins the 5 o’clock shadow beard and that is just not acceptable.

This is not that hard if you have the right tools and that is why you will need to get some quality trimmers to get the job done.

You will need to know some settings that will make styling the 5 o’clock shadow beard even easier in the long run.

Whenever you are trimming stubble, you need to make sure that you have used stubble beard trimmers.

If you have one that is adjustable, you can adjust it to anywhere between 1/8 and 1/16 for a good 5 o’clock shadow beard.

As always, start with the shorter setting to make sure that you do not overcut. When you are done with everything, you will find it easier to adjust as you go until you get the best look for the beard.

Pro-Tip
Always start with trimming the edges before you touch the length of your stubble. The 5 o’clock shadow beard is one that needs you to be precise and accurate.

If you cannot tell the difference between the stubble and the clean-shaven parts, it becomes hard.

Now that you’re already rocking a wonderful shadow beard, you don’t want it to look messy.

It’s not that hard to maintain the 5 o’clock shadow beard. A quick check in the mirror every three to four days may do the work to keep the format and shapes in place.

Something that I can advise as a friend, investing in beard care products.

I am just advising. You put me in this position! It’s important to condition and moisture the beard and the skin under it just to make sure it remains lively.

I would recommend getting some beard oil or butter for this particular case since hold is not the focus. You’ll also end looking more kissable.

Learn more about face shapes and other scientifically recorded facts about the stubble here. 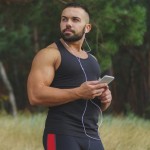 Agnaldo Lima
Hey there, I'm the guy behind the wheel. I've been passionate about looking good and feeling confident about myself since I know myself as a person. I love to share my experiences with such an amazing audience. Feel free to drop me a line if you feel like wanting to.
Learn More About Me
Previous Post

Keep in mind that we may receive commissions when you click our links and make purchases. However, this does not impact our reviews and comparisons. We try our best to keep things fair and balanced, in order to help you make the best choice for yourself.

As an Amazon Associate, I earn from qualifying purchases.